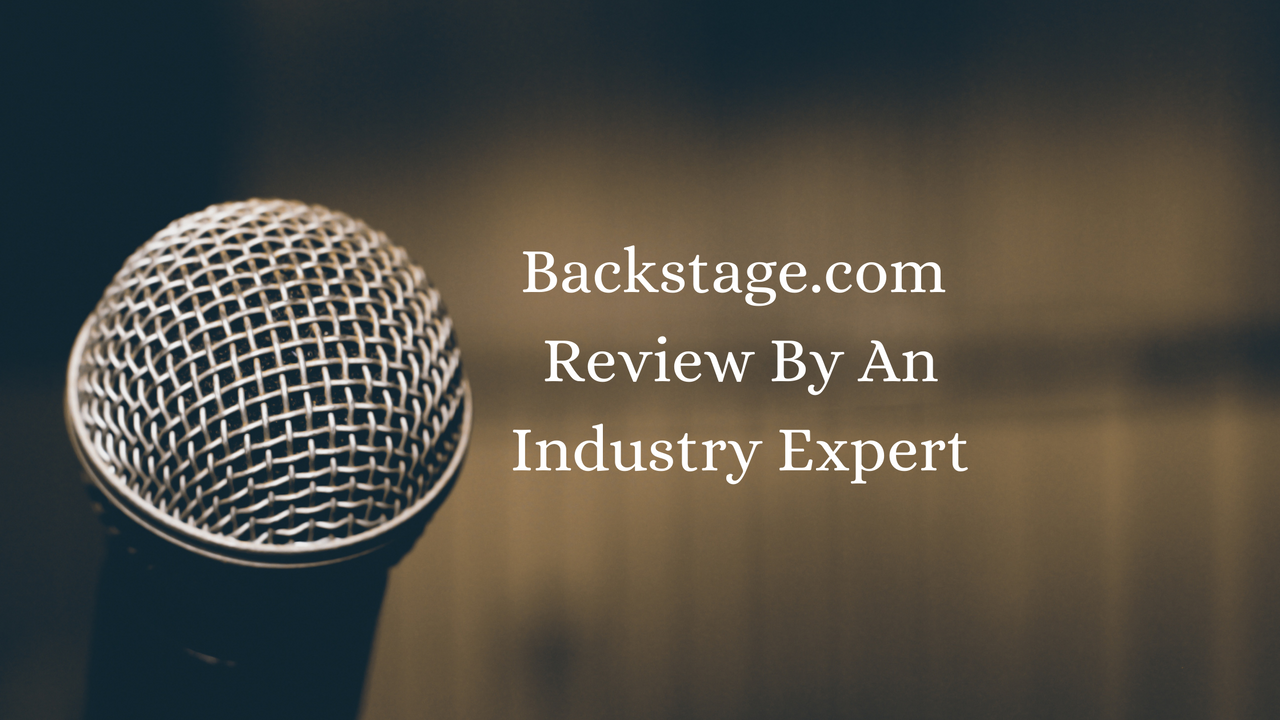 Mastering the Business of Acting
Backstage.com Review By An Industry Expert
7:14

Backstage.com Review By An Industry Expert

In my 30 years in the business, I've only read Backstage a handful of times. I have done interviews with them. I have advertised my non-profit acting class with them. I have responded to their inquiries on my management and entertainment businesses.

But, I have never used them for anything else. That’s because the site, in truth, doesn’t deliver much value to those except for actors brand new to the industry.

I like to think of Backstage almost like the first agent at a small company. Nine times out of 10, you have something good to say about them because they teach you what you need to know at the time. Because of this, I consider the Backstage staff hard-working professionals.

They are still around which is a testament to how much people still need them.

Just because you outgrow something does not mean there's no value to it. I would say, however, do not be misled by Backstage.

In this post, I’ll break down the role Backstage plays in the industry and the kind of value actors can expect from the site.

How Backstage.com Fits Into The Industry Backstage used to be a newspaper (then titled Backstage West) that every new actor read.

Today, it’s now considered a resource exclusively for people that haven’t broken into the industry yet. Backstage has done a great job taking advantage of actors who are not yet familiar with the industry. They’ve positioned themselves as the primary authority on finding jobs, for example.

What the Backstage staff does well is write headlines and articles that grab people. However, they write about topics that no working actor would be searching for.

Yet, if you don’t have anyone to tell you what's truly important to make it in the industry, you’ll likely be pulled in by Backstage. What they choose to write about in their extensive Magazine section, for example, gives people mixed signals on what news topics and areas of the industry are legitimate concerns for working actors.

What About Using Backstage for Finding Auditions?

Also, some of what Backstage promotes on their website, such as the studios that use them, is a little misleading.

Their main page can be deceptive because it makes it seem like those studios rely on Backstage for their casting. That is not the reality.

The industry knows you don't go to Backstage to find actors. Most of the actors there are new to the industry and a lot don’t even have representation yet. Because of this, Backstage has created a reputation where any working actor now would not want to admit they use them for submissions.

Don't get misled by the number of people in their audience.

Like any resource, Backstage serves a purpose. They give you listings for agents and managers. They also announce casting calls for small projects (new media, indie films, student films, etc.).

Much of the time, casting also uses Backstage to find really niche actors they can’t find anywhere else. Most of these roles, however, are not big paying gigs and the top talent is definitely not going to be found there. (Breakdown Express has pretty much made itself the go-to place for actor’s submissions. It essentially improved the entire process before Backstage could adapt to the changing industry.)

"Their main page can be deceptive because it makes it seem like those studios rely on Backstage for their casting. That is not the reality."

Backstage is Still Piece of the Industry “Pie”

So why do so many people still give Backstage the time of day? Think of the Union (SAG-AFTRA, or SAG for short) as a pie: Backstage is a tiny piece of the pie. Even so, keeping the pie whole (i.e. happy) is still important.

For example, when the SAG awards first came on to the scene in 1995, Backstage essentially saved the Union more than people realize.

Backstage’s Role in the History of the Industry

For many decades before the SAG awards, studios were trying to break up the Union so that they could get around its rules and regulations. They didn’t want to have to pay actors fair wages or residuals, and they didn’t like all the procedures they had to follow. They would even pay big money to A-list actors and other big players of the industry in their attempts to break up the Union.

Even Charles Heston, the star of The Ten Commandments—who had been the president of the Union at one point—had been tapped by the studios to support them.

So, when the SAG awards were made, it changed the way actors became eligible for other prestigious awards like the Oscars.

The SAG awards became a sort of stepping stone that actors had to cross to obtain those other awards. Studios now had to take the SAG voters into consideration: voters wouldn’t give any nominee who spoke ill of the union the time of day. That, in turn, jeopardized any chances they had of being recognized and awarded elsewhere.

Backstage, like SAG, works in cohesion with the Union to ensure actors aren’t taken advantage of. The platform still has to perform and provide its services within the parameters set by the Union. This is why Backstage still has some importance; all entities in the industry are a part of the same pie, and each piece still has to be taken into consideration. Backstage Can Still Be a Valuable Resource

The secret to Backstage’s success—past and present—has to do with their inexpensive advertisements. It’s also relatively inexpensive to join as a member. Advertisers know the audience available on Backstage and that's how they make effective ads to grow their audience.

But their reputation as the holder of “industry secrets” in the eyes of actors only lasts about 6 months.

"But their reputation as the holder of “industry secrets” in the eyes of actors only lasts about 6 months."

The Bottom Line on Backstage.com

As a manager, I would insist that my clients or potential clients stay away from Backstage.

Part of what keeps an actor afloat in this crazy business is their ego and morale. At the end of the day, you’re not going to feel good about reading Backstage if you consider yourself a professional.

The sad news is you are not where you want to be if you take Backstage seriously. You are basically a tourist in this business and paying for something that is probably not going to propel you further into your career.

Backstage is a landmark no doubt. We should respect it, appreciate it, and we should know its value.

Nothing more, nothing less.