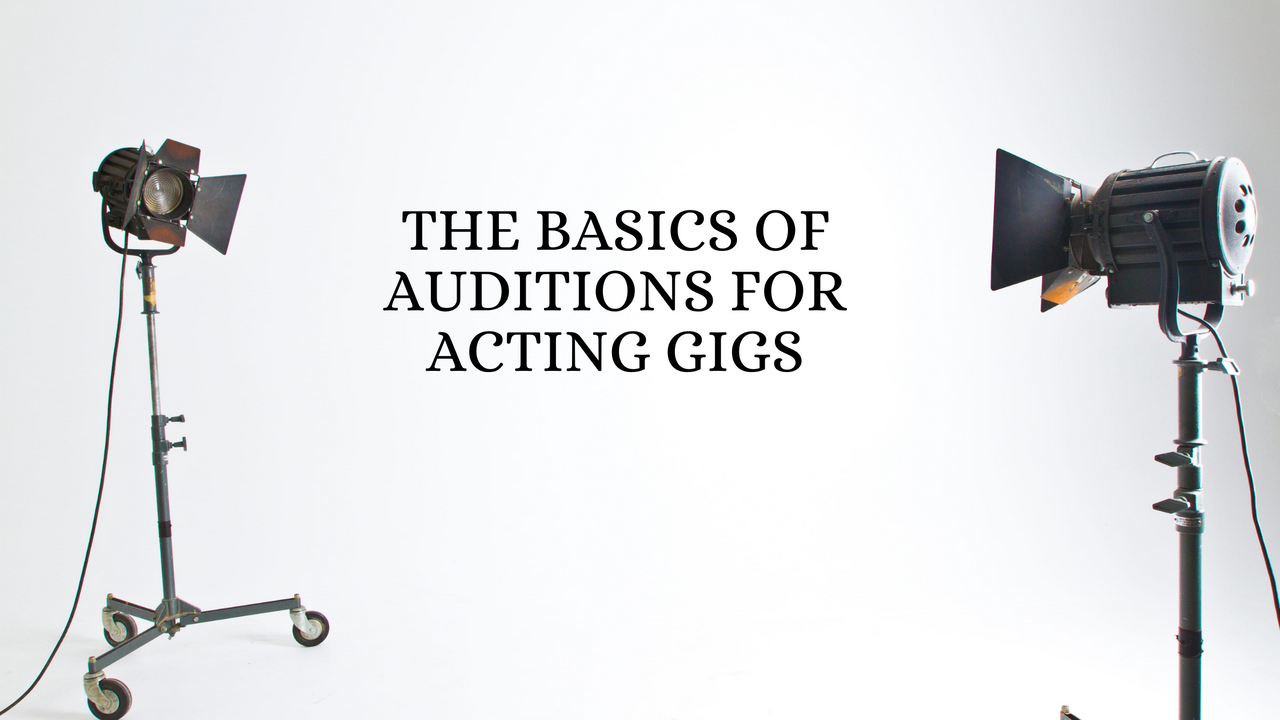 Mastering the Business of Acting
The Basics of Auditions for Acting Gigs
7:43

The Basics of Auditions for Acting Gigs

Auditions are the lifeblood of an actor's life. In fact, I'd say actors dedicate 90% of their time to auditioning. Yet there's more to nailing an audition than your performance. Auditioning is a craft in and of itself. Many times, it is helpful to be business savvy.

In this post, I'll dig deep into the audition process: relationship-building plays more into casting than you might realize. I'll also share additional audition tips to help give you an edge in the minds of casting directors.

Research as Much as Possible

Read the script. Ask your agent or manager if you can get access to it before the audition. The more you know, the better your chances are of getting the gig. Every scene is chosen for a reason. Read up on it to get a clear picture of the project.

If it’s an already existing project, go to IMDb Pro and learn as much as you can. See who’s involved in the project. How is it doing? You'll be surprised at how much this information can help you secure the gig at your audition.

Again, if there’s already a lot of material on the project released to the public, go on YouTube to see the genre and style. For example, the style of comedy is always different between networks (Disney vs. TNT vs. HBO, etc.) and these differences are easy to see. Watching some scenes will help your audition tremendously.

Sometimes auditions may come with as little as one day to prepare. Some online research and video watching is the fastest way to prepare.

"So many factors and individuals come into play when an actor is being considered, and signs of professionalism will go a long way."

In your research, also lookout to see if there are any key players involved that you know personally (maybe you’ve worked with them before).

Not only will this help you with casting decisions, but you can also reach out to them beforehand and let them know you're auditioning. It's vital to always maintain positive relationships with whomever you work with. You never know when that'll come in handy in the future.

Having one person in the decision room to say something positive about you can tip things in your favor in just a few minutes. Treat the audition like you would any job interview: you are hoping that your skills and assets are what the employer is looking for. So many factors and individuals come into play when an actor is being considered, and signs of professionalism will go a long way.

What to Do After the Audition

I don't care who you are: every actor behaves like a deer in headlights when they get invited to audition for something big or receive a callback. Some will even need a coach to walk them through it because of how big of a deal it is. You’ve been put on the spot—it’s totally understandable to feel overwhelmed!

Yet remember that your emotions will skew how you think the audition went, so here are a few things to keep in mind after you’ve auditioned:

Be Critical of Your Audition Performance

Be brave enough to ask yourself: What went wrong? What went right?

If you critically evaluate your audition performances every time, you'll get better at nitpicking your strengths and weaknesses, which will improve your performances little by little.

Despite many different people being involved in the audition process, understand that each person plays a vital role in making the final decision. A big player, like the casting director, may not have been in the best frame of mind at the time of your audition and that may be the reason you don't get the job.

The connections you’ve made with casting may not have been strong enough to overcome that one person’s mental fog. Again, this is why you have to be smart about how you interact with everyone before, during, and after the audition.

Keep in mind that auditions are all on camera. Casting gives the footage to producers when the audition process is over. Nowadays, producers rely solely on these tapes to make their decisions, so make your reel count! Producers make their final decisions once they've seen the tapes.

Depending on the project, final selections can be done fairly quickly. When it's a more important role, they take their time to cast it right. Remember, if they cast wrong, the whole project can be trouble, so the pressure is on. For you, that means staying patient and positive during the waiting period.

You Get a Callback: Now What?

Everyone assumes that when you've gotten a callback—and subsequently told that you're in the running and might be a top choice—that information is coming from the producers. In reality,  this is coming from the casting directors.

They do this to give the illusion that something is going right for you. It's really just a tactic they use to keep the actor available in case they do want to look in your direction. It keeps their options open.

Don’t let this discourage you. Understand that a callback, though not bad news, is just one step in the casting process. Expect to play the long game!

Just because you've gotten a callback and you don't hear an answer when expected does not mean it’s the end. A good manager will “kill the monster” so to speak, which means they will call casting to see if their client is still in play. If they get a no, the manager will then make sure to ease the actor into focusing on something else so that their morale doesn’t get too hurt.

As an actor, you want this in a manager. Rejection is hard enough and there’s no need to be brutal about the outcome, especially in this industry.

"Understand that a callback, though not bad news, is just one step in the casting process. Expect to play the long game!"

Auditioning is a Way of Life for Actors

Remember, very few actors are lucky enough to not need to audition due to their experience or star power; in fact, it's sometimes in those actors' best interest to no longer audition. Once they get to a certain level, they can tell the studio to just look at their work and give them a shot.

This doesn't always work, however, so I recommend always having the expectation that you’ll be auditioning throughout your career.

Every actor will be frustrated if they've been working for many years and still need to audition. This is why having a healthy mind is so important. It allows you to understand that this is just how the industry is run and you must save your energy to focus on other aspects of your career (I go more into the importance of a healthy mind in my recent 7 Acting Tips For Making It In The Industry blog post).

Auditions Are Part of the Bigger Picture

There's an art to casting.

You need to realize that not all gigs you audition for are right for you.

If you treat every audition like it's part of a bigger picture, then you won’t be so let down if you're not chosen for one role. You soon may be chosen for another. Casting will always keep calling you back if you're well prepared and you make them look good.

I know so many actors who have guest-starred on my shows, and years down the line, I have guest starred on theirs because of our positive relationships.

That's what I mean by the big picture: the more people know your work, the better your chances are of getting something else down the line.