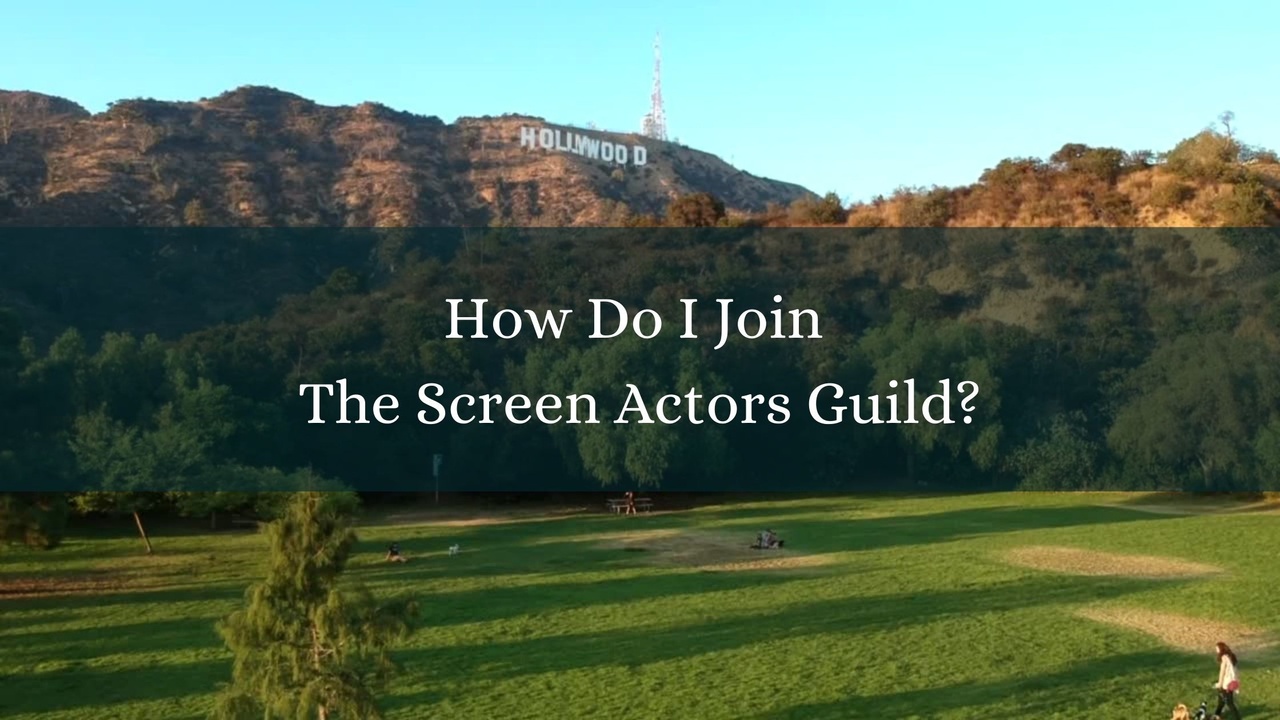 Mastering the Business of Acting
How Do I Join An Actor's Union?
6:56

How Do I Join An Actor's Union?

Few industries are perceived as exclusive as Hollywood. They have to keep up the illusion that it’s an exclusive club that’s out of reach for most people. Yet the industry is powered by more than A-list actors/actresses and studio heads. Indeed, the Screen Actors Guild - American Federation of Television and Radio Artists has a membership of around 160,000 people.

Those in the industry also make it seem like it’s very difficult to join SAG when the opposite is true. As with any union, there is power in numbers: SAG wants as many people to join as possible.

In this post, I’ll cover the following three ways you can obtain your SAG card and join the union: Why Join SAG - Or Any Union?

But first, let's take a step back. We must first understand the importance of the Union.

Imagine that there wasn't a Union. Let’s say a producer offered you a job on an NBC show that paid you a measly $300 a week. Would you still take the job?

Maybe not, but let’s be honest—most actors would.

That’s because almost anyone would be happy to take any opportunity, no matter how bad the pay. This could quickly lead to exploitation in the industry. That’s the easiest explanation for why the Union is important: it protects actors from really bad pay.

Better pay aside, agents and managers also take union actors more seriously. It tells them you have more experience under your belt and are serious about acting because you pay the union dues.

To put it simply: It says you respect the entire acting business.

Actors also enjoy several benefits by joining the Union, including:

To join, you need three official SAG vouchers, which means three separate days of work before you're SAG eligible. You can use stand-in work or extras work to get these vouchers. Yes, you can also qualify for SAG with just one acting role, as long as you have the vouchers.

"The easiest explanation for why the Union is so important? It protects actors from really bad pay."

Central Casting is where productions go to to find extras; they’ve pretty much monopolized that area of the industry although there are other smaller casting companies around. Central Casting gets paid by the production you’re in and then they pay you.

You can sign up on Central Casting and notify them about wanting to do extras work: make sure to only do extra work that’s on a union production. With each production you work on as an extra, you receive a union voucher. Once you get three of these vouchers, you will be SAG-eligible and can then start the registration process.

To ensure you get work, you must make sure to be persistent and contact Central Casting regularly—every day even—and say something like, “Hey I’m ready to work, do you have anything for me?” This is the only way that you will separate yourself from the thousands of other extras.

While on set, if you’re feeling particularly brave and if you have the opportunity to do so, you can convince someone on the production team to give you a line. If you succeed, you get immediately bumped up as an actor. This happens more often than you would assume. It’s a great way to not only build your resume but also get your name and face out there.

Many actors make a good living only doing stand-in and extras work only, especially those who have a good rapport with the stars of the project. Stars do like to feel comfortable on set and the people that surround them do make a difference. In fact, a lot of stars like to take their stand-ins with them to different projects. James Stewart (It's A Wonderful Life) had the same stand-in for over 50 years.

Stand-in work also pays more than extra work does. However, it is harder to land a stand-in job. You have to match the actors' overall looks pretty closely. Matching height is required, matching race/ethnicity is heavily taken into consideration, etc. It's a lot easier if you know someone on the production team that can talk to the second assistant director and ask them to consider you for the position. Of course, if you want to be an actor, being a stand-in or an extra is not the endgame and you shouldn't see it that way. You don't want to use either as a way to network.

The minute someone sees you as an extra or stand-in, you are automatically seen as a second-class citizen. Look at obtaining your SAG card by doing these roles simply as paying your dues: nothing more and nothing less. You want to switch to acting work as soon as you can if that is your goal.

You only need to get one Union job as an actor to be SAG eligible. If you have an agent, ask them to get you into Union jobs exclusively. If you don’t have representatives yet, go through Actor’s Access or another platform like Backstage to find these union jobs.

After your first union job, you must register with the SAG or they will not allow you to work another job. If you can’t pay the membership fee, there are few ways to work around this. You can work it out with SAG to pay them after you’re paid by the job or do an installment plan with them. Otherwise, you will have to ask either family or your representatives to help you out.

"You only need to get one Union job as an actor to be SAG eligible. If you have an agent, ask them to get you into Union jobs exclusively."

My Mastering the Business of Acting series contains a fourth way to get into the Union. It’s a secret of the trade and the industry doesn't want to have this info out in the open.

If you are serious about getting into the union, and don’t want to go through the traditional methods mentioned above, I'd recommend getting your hands on the series to learn about this secret along with plenty of others about the industry.

Yet regardless of the method you choose, joining the Union will undoubtedly elevate your status as an actor. Membership not only establishes a dedication to your career, but to everyone else who's working just as hard as you.