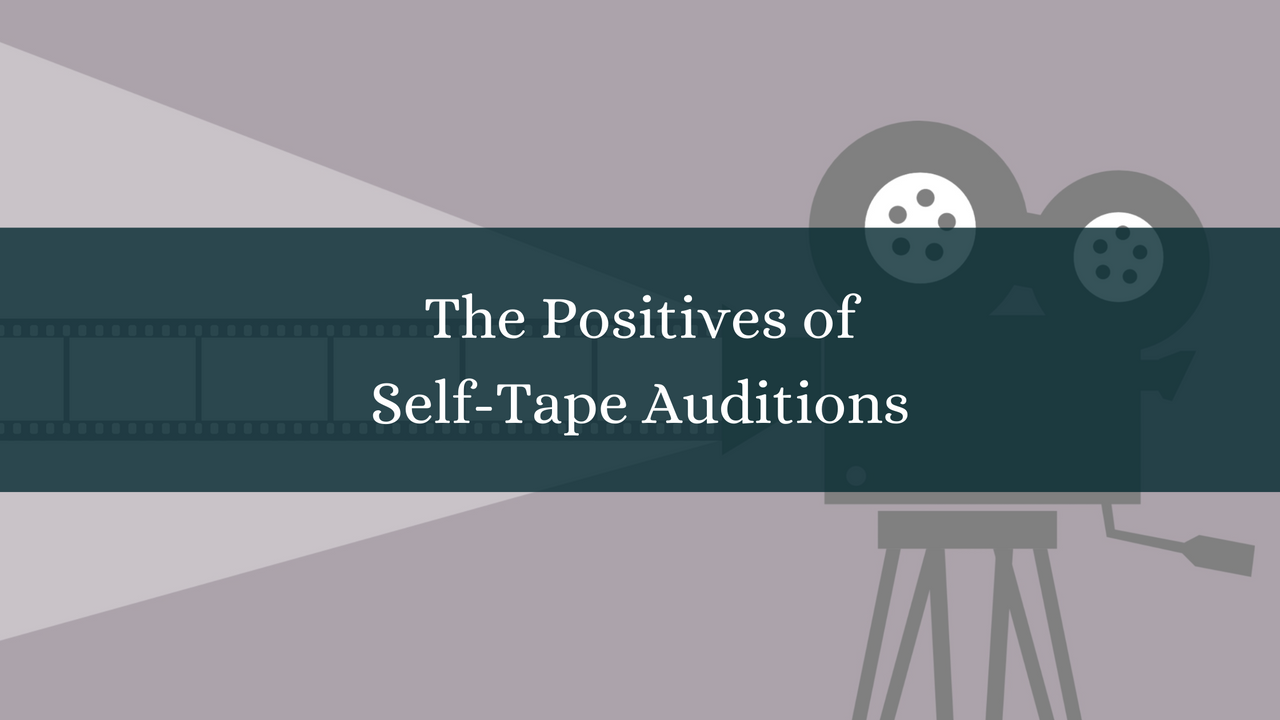 Mastering the Business of Acting
The Positives of Self-Tape Auditions
8:11

The Positives of Self-Tape Auditions

The saying goes like this: the audition starts when you enter the room and ends when you leave the room.

Self-tapes, however, have changed that.

Today, the audition starts when you enter the frame and when you leave the frame.

Self-tapes actually present a huge opportunity for actors and actresses. Free from the pressure of audition rooms, you have extra time to prepare for auditions. If one take doesn’t work, shoot it again. You’re also able to tweak things in your recording space, that is the beauty of self-tapes.

The advantages don’t stop there. In this post, I’ll dive into the positives of self-tapes and share tips on how to make the best ones possible.

Self-Tapes Are Here To Stay

The industry has changed a lot over the past few years, but the takeaway is that self-taping is here to stay. Self-tape auditions became popular because of Covid. Casting discovered that they can save thousands in dollars by not having in-person casting sessions.

That being said, in-person casting isn’t a thing of the past. There are still important steps casting directors have to follow. For instance, they will still want to meet you, to adjust you, before showing you or your audition to the producers.

Live auditions require three great scenes in one or two takes. Casting and producers will only see what you produce. In person, you only have the time allotted, but with self-tapes you have the advantage of delivering your best take.

If you are an established actor, ask if you can have at least a week to prepare and record. If necessary, come up with an excuse; you have another acting role, you have scheduling conflicts, etc. Whatever you can because the more time you have to work on the audition, the better your shot at landing the role.

Reminder: Make sure you show off your assets throughout your audition. Many actors forget to include the thing that sells them, whether it's their smile or physique. Show yourself off in your slate and in your audition. Sell yourself.

"You can shoot as many takes as you want. You can experiment with your room layout until everything looks right."

Take Your Time With Self-Tape Auditions

One of, if not the BIGGEST, advantage that you as an actor can have when it comes to self-taping is time. I can not stress enough how important that is. Apart from last-minute auditions, there is no reason to rush a self-tape audition.

You can try as many takes as you want until you nail it. If you don’t like the framing, angle, or side that you are reading your lines on, all can be reviewed and attempted again. This is something that can’t be done in a live audition so take advantage of how many times you can perform.

I advise that you only attempt the scene TWO times. Anything more and it will become more difficult to trigger your crying. Another reason why only one or two? If you’ve ever looked at someone who just finished crying, their eyes are messed up. There is nothing more exciting to watch than the organic transition of one emotion to another.

Buy Your Own Equipment One area you should invest in, to improve your self-tapes, is to get your own equipment.

You as an actor should be only focused on one thing for self-tapes, the craft.

The best thing you can do is to have a nice quality picture and great sounding audio. From my experience, anything better than iPhone 8 or Samsung Galaxy S9 is more than enough to get the base level of quality without having to spend thousands on a nice camera.

Also something that is really important, MAKE SURE WE CAN HEAR THE READER! Without being able to hear the reader, there isn't a scene. So make sure whomever is reading lines with you, enunciates and reads clearly.

“Chi what if I am not tech savvy?”

The best thing you can do is to find multiple people that you can count on to help you, especially someone that will have something to gain out of it.

For example, if there is a younger, less experienced actor you know, ask them if they are good with self-tapes. If they are, trade your experience for their experience. Not only will you build a great working relationship, you will also greatly improve your self-tapes.

"Filming equipment is truly a long-term investment that will save you not only money in the long run, but time and effort."

Another great advantage of self-tapes is the additional time for preparation. By the time you’re ready to shoot, you should be off-book and have your lines memorized. However, if you are still struggling, or you’re still in a time crunch (which can happen!), create cue cards for yourself.

Cue cards can be a big help for remembering complex lines or even help sound out the pronunciation of words. Having someone behind the camera with cue cards can only benefit you. Since casting won’t see what happens outside of the frame, why not use all the possible tools that you have at your disposal?

What to Include in Your Self-Tape Slate 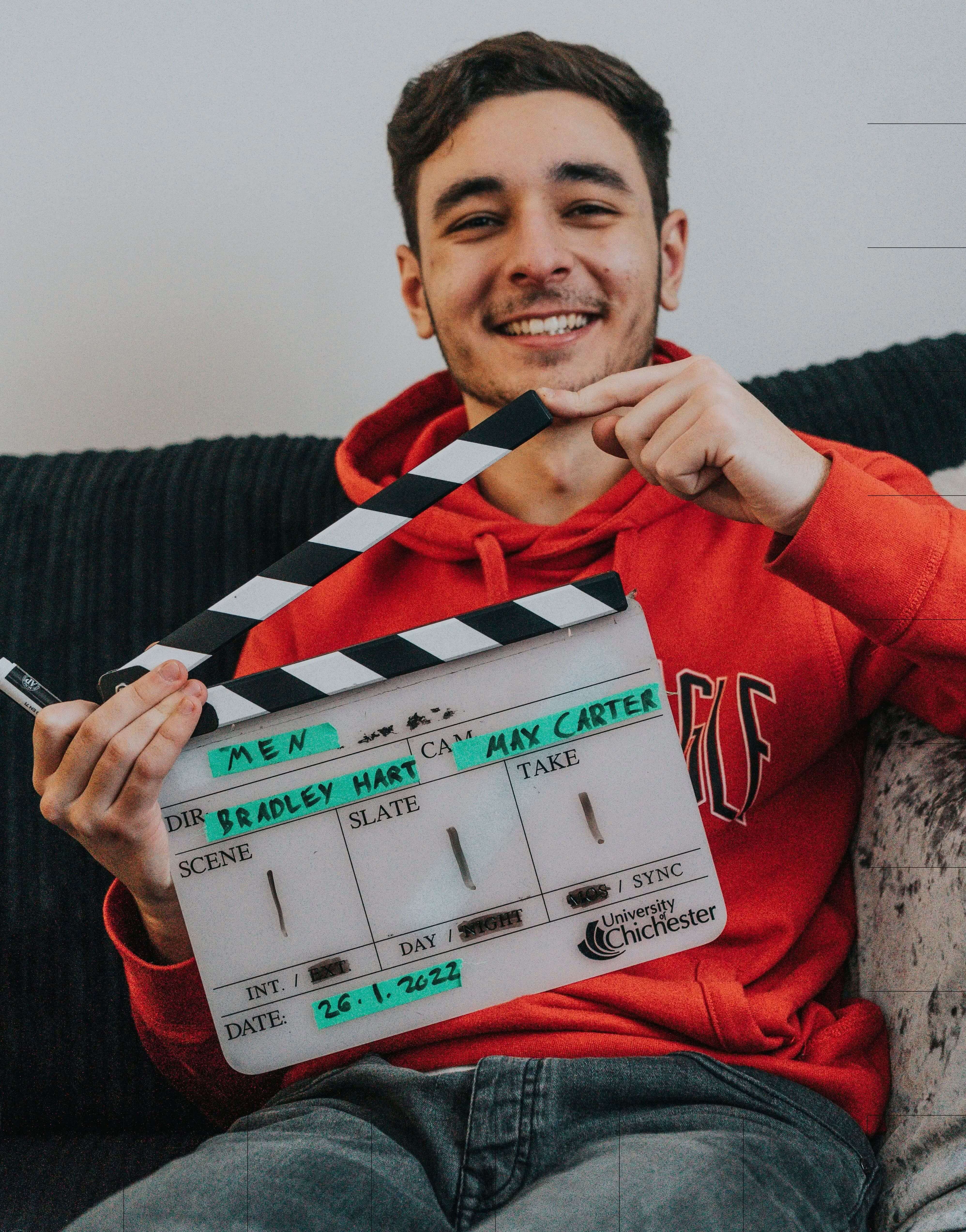 Most of the time, it’s good to add your character into your slate. But don’t go overboard!

Your slate is also a great opportunity to show off any physical characteristics that align with the role. If you are buff or have a winning smile, show it off—whatever helps sell you to casting and prove you’re the best person for the role.

Tell Them What They Want to Hear

Speaking of proving your fit for the role…

Since you’re not in an audition room, when it comes to age, weight, and height. Tell them what they want to hear.

There is no reason that you should lose a role over something as trivial as being too short or too tall. If the role needs a heavyset man, think about renting a fat suit. If you are a little under the height requirement, think about platform shoes. Just look your best for the role and tell them what the casting wants to hear.

But that being said, if the role is not for you, don’t take it! There are hundreds of acting roles that are being casted constantly. No reason to take the time, money, and effort to work on something that you are not right for. The objective is to get the job or to be at least seen in a positive light. Your career is a marathon, not a sprint!

Self-Tape Auditions Are an Opportunity

I know self-taping can be a pain in the ass. But as an established actor, you have a better shot at getting the job if you send them the best version. You can shoot as many takes as you want. You can experiment with your room layout until everything looks right.

Self-tapes shift the power and control of auditions to you, the actors and actresses. Make the most of them, and your chances of boosting your career will only increase.